In Dave Roberts’ first four years as manager of the Los Angeles Dodgers, he led the squad to win its division each year, and to the World Series twice. Yet, for a franchise that hadn’t won a World Series since 1988, his performance was often viewed as not good enough.

In his fifth year at the helm, Roberts led the Dodgers back to the World Series in the pandemic-shortened 2020 season, and they secured the championship Tuesday night, defeating the Tampa Bay Rays in six games. Now, he can rightly be considered among the best managers in the game. His .614 regular-season winning percentage (436-274) ranks third all time behind Hall of Famer Joe McCarthy and current Yankees manager Aaron Boone, who are tied for first at .615. His 436 wins rank seventh in franchise history, but with a full season next year, Roberts would likely move into fifth. Since the start of the 2016 season, when he took over the Dodgers, no other manager has collected more regular-season victories. With the World Series win, Roberts becomes the first manager of Asian heritage to win the World Series (his mother is Japanese American; he was born in Naha, Japan). And he’s the third non-white skipper in a row to win the World Series, after Alex Cora and Davey Martinez. Roberts, whose father is African American, is the Dodgers’ first Black manager. Despite the craziness of 2020, Roberts said in his postgame press conference Tuesday that he knew this was the year the Dodgers would end the drought.

“I just had a crazy feeling that came to fruition,” he said. “It’s just a special group of players, organization, all that we’ve overcome, I just knew that we weren’t going to be denied this year.” As happy as Roberts was for his players, they were just as happy for him. They’d seen and heard the criticism their manager had received for not winning a championship, and often times tried to take the blame instead.

They stood behind him and bought into the culture he brought to the clubhouse when he was hired.

CHECK OUT THIS::  California church sees victory in order from high court. 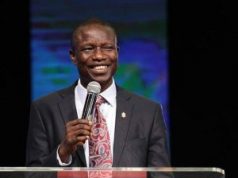 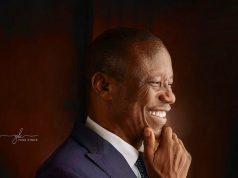