Multi-platinum selling artist Lauren Daigle continues to reign at the American Music Awards. For the fourth year in a row she has taken home the award for Favorite Artist – Contemporary Inspiration and is now officially tied for the greatest number of wins in this category.

Of her win, Daigle said

“Wow, I am amazed and so incredibly honored to be taking home this award. Knowing that this was voted on by the fans makes it even more meaningful. Thanks to my team, the fans, and to all who continue to support me on this journey!” Since the release of her GRAMMY Award winning, platinum certified album Look Up Child, Lauren Daigle has been all over the Billboard Charts. The album burst out of the box, debuting at No. 3 on the Top 200 Albums chart making Daigle the first female artist to simultaneously hit the Top 10 on both Billboard’s Pop and Christian Billboard Album Charts. In addition, the GRAMMY Award winning triple-platinum crossover hit, “You Say,” still stands as the longest-running No. 1 song of any genre on the weekly Hot Christian Songs Chart at an incredible 111 weeks. That seminal recording also spent multiple weeks at No. 1 on the Adult Contemporary Chart, appeared in the Top 20 on Billboard’s Top 40 chart and hit the Top 5 on the Hot AC Chart.

CHECK OUT THIS::  [FOREIGN GOSPEL] 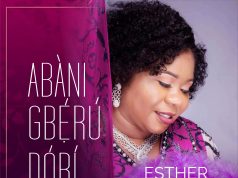 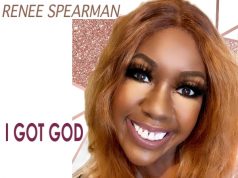 Duranice Pace, one of the Pace Sisters dies at 62.