Nicholas Benghu of the Assemblies of God, South Africa, reputed to be the most effective of any Pentecostal leader in South Africa, also called Black Billy Ghraham caused a great revival of unusual healing, matchless outpouring of powers that the whole city was covered with power, so that people were falling down and repenting kilometers away from the center of revival.

Simon Kimbangu’s ministry lasted only 6 months in Congo. This produced the kimbanguist church, reputed for great healing, holiness and unusual demonstration of God’s power.6 months of exploits produced 3.5 million followers in 14,000 Churches. Anointing gets level, LORD, do it again!

In 1995, a revival began in an Assemblies of God church,Brownsville, Pensacola, USA. It was preceded by two years of preaching on revival by Pastor John Kilpatrick, and praying by the congregation. It was extremely unusual,God’s power was real,the whole Nation knew God visited the earth….between 1995 and 1998,the church recorded 122,000 new converts, with great healings and mighty miracles. LORD,we are pleading, please, do it again!

CHECK OUT THIS::  Jesus Stood Here’: The Land of Israel and Our Historical Faith Could this man, John Knox, ever put his soul into his preaching! He was so inspiring that his preaching transformed all of Scotland. Being a student of John Calvin, who is also in this list, may have been a case where the pupil outdid the teacher. His Bible-centered preaching made people take up his passion for the lost souls of men and women.

CHECK OUT THIS::  [MUSIC PREMIERE] Jazzsari - You Dey Kampe

Jonathan Edwards is believed by many scholars, both secular and Christian, to be the greatest intellectual and philosopher that America ever produced. This Puritan Preacher stood tall in the biblically centered message and life. His sermon, Sinners in the Hands of an Angry God made people weep and repent by the dozens and may be the single, greatest sermon ever preached from any pulpit.

There are few arguments that this man, Charles Haden Spurgeon, is the preacher among preachers outside of the Bible and he was called the Prince of Preachers. Testimony to that are the more than 300 million copies of his sermons and his influence in the formation of over 200 other churches. In his library, there are some of Charles Spurgeon’s written sermons that are nearly as powerful as the Scriptures themselves. He preached to some ten million people worldwide and in the church, the Metropolitan Tabernacle, it was always jam packed with five thousand people with an overflow of another one thousand. He tirelessly proclaimed the gospel even though he suffered greatly from depression and physical ailments which neither slowed him down nor stopped him from giving his messages. He was clearly one of the greatest of all time.

CHECK OUT THIS::  [MUSIC PREMIERE] Olusegun Akinmuyisitan - My Song Of Victory [ft. The Company Of Priest] || @OlusegunWorship

A mighty revival will soon begin in Nigeria. It will spread to all corners of the earth. In the midst of economic recession, political upheavals, and religious disappointments, God is raising an army across denominations, fellowships, ministries and missions agencies. Are you in the number?, He did it before, in the days of our fathers! He is set to do it again, Lord, we are ready. 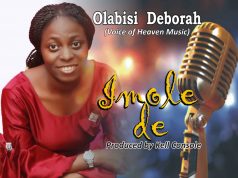 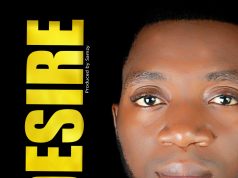 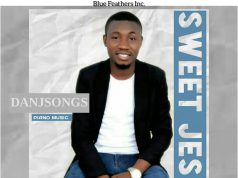 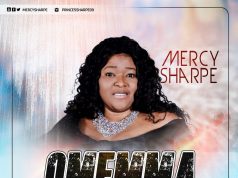 [Music+Video]: Preye Orok – Separated [A way from the Noise]