(Lesson #2 — How to Escape Neck Choke or Strangling)

Many assailants usually trap down ladies with neck choke. Often, neck choke is just a decoy. The assailants’ actual intention is to penetrate the lady, and the choke is used to weaken her. So, as a lady, don’t be distracted with the choke. Choking you is not his aim. The question is, how do you prevent the assailant from penetrating (raping) you and, at the same time, break the neck choke?

There are many moves to breakneck choke, and you don’t need to be a martial art expert to use most of these moves. The thing is, you have about ten seconds or less to escape the neck choke before you start losing breath, assuming the attack is sudden and you weren’t prepared. Being a lady, the key here is speed. The body of females is naturally tender. So, physical power is your assailant’s strength but your weakness. You must avoid physical combat by all means. A hit from your assailant can take you down and he’ll have his way. Let’s learn some simple but tactical moves… For these moves to be effective, you need to SUBDUE YOUR FEAR, THINK FAST, and EXECUTE WITH SPEED.

— Hold his arm firm with your fingers

CHECK OUT THIS::  [NEWS]Kim Kardashian Resolves to Dress More Modestly in the New Year

— Descend with force while pulling down his arm. You should land on your feet in a squatting position.

(This will loosen his hold)

— Runaway as fast as you can.

— Try to land on your feet in a bending position

— Grab one of his legs between your legs

— Pull it up as if towards your shoulder while forcefully sitting on the end of his thigh closest to his knee.

(The aim of this move is DAMAGE — to either dislocate or break his knee to incapacitate him.)

— Runaway as fast as you can.

— Using the leg over his neck, pull him down and clip his neck between your legs while still holding his wrist.

(That will loosen his hold on you.)

* Ensure that you don’t place your leg at his mouth. He can bite hard on your leg.

— Twist his wrist and fingers to break or dislocate as many bones as you can.

(The aim of this move is DAMAGE.)

— Raise your elbows and hit hard on his arms towards his elbows to bring his arms down to your belly (keep hitting if the first hit doesn’t work, until his arms are down).

— Raise your knees towards your face and match your feet on his laps forcefully.

— Push him back with your feet while still holding his wrists as they slide down to your abdominal area.

— Raise your knees towards your face again and match hard at his face, aiming for his eyes, nose, or lower jaw, and release his wrist as you match (you can repeat the match at his face twice or more before releasing his hand).

(Keep hitting hard if the first hit doesn’t work, until you break the choke.)

— Fold your hand into a firm hammer fist and hit his ear hard. If he is close enough, a hard elbow or tiger fist hit in his Adam’s apple will disorganize him.

— Don’t forget to give him a good hard hit in his groin, so hard that it could burst his testicles. Notice how I kept saying “RUN! ” at the end of each move. That is because, as a lady, your body is very delicate and tender. One hit can take you down. So you need to avoid physical combat as much as you can. However, all ladies are not the same. Many women can take down men. So if you can take down your assailant, please do, by all means. But avoid getting hit.

You might be wondering whether these moves will work. Yes, they will. You know why? Assailants (rapists) think with their genitals, not their brains. All they want is penetration. So they barely calculate. That’s their weakness, but your strength. So, your best means of winning the attack is quick calculation and speed in executing the moves. Don’t get emotional. Never pity your assailant when you inflict pain on him. He will devour you the slightest chance he gets.

Remember, YOU ARE A MAN! The fact that you are females doesn’t make you inferior to males. Don’t let any male enforce superiority over you! PRACTICE and BE PREPARED to defend yourself at all times. 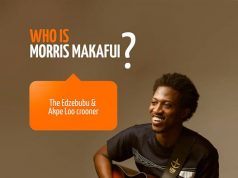