Christmas is celebrated on December 25 and is both a sacred religious holiday and a worldwide cultural and commercial phenomenon. For two millennia, people around the world have been observing it with traditions and practices that are both religious and secular in nature. Christians celebrate Christmas Day as the anniversary of the birth of Jesus of Nazareth, a spiritual leader whose teachings form the basis of their religion. Popular customs include exchanging gifts, decorating Christmas trees, attending church, sharing meals with family and friends and, of course, waiting for Santa Claus to arrive. December 25–Christmas Day–has been a federal holiday in the United States since 1870.

Is Christmas Really the Day Jesus Was Born?

CHECK OUT THIS::  [BLOG] Dating Someone Who Loves Jesus More Than You - Benefits!

In the early years of Christianity, Easter was the main holiday; the birth of Jesus was not celebrated. In the fourth century, church officials decided to institute the birth of Jesus as a holiday. Unfortunately, the Bible does not mention date for his birth (a fact Puritans later pointed out in order to deny the legitimacy of the celebration). Although some evidence suggests that his birth may have occurred in the spring (why would shepherds be herding in the middle of winter?), Pope Julius I chose December 25. It is commonly believed that the church chose this date in an effort to adopt and absorb the traditions of the pagan Saturnalia festival. First called the Feast of the Nativity, the custom spread to Egypt by 432 and to England by the end of the sixth century.

CHECK OUT THIS::  7 Reasons Why Christian Leaders Fall

By the end of the eighth century, the celebration of Christmas had spread all the way to Scandinavia. Today, in the Greek and Russian orthodox churches, Christmas is celebrated 13 to 14 days after the 25th. This is because Western churches use the Gregorian Calendar, while Eastern Churches use the Julian Calendar, which is 13 to 14 days behind the Gregorian Calendar. Both Western and Eastern churches celebrate Epiphany or Three Kings Day 12 days after their own respective Christmases. This is the day it is believed that the three wise men finally found Jesus in the manger.
By holding Christmas at the same time as traditional winter solstice festivals, church leaders increased the chances that Christmas would be popularly embraced, but gave up the ability to dictate how it was celebrated. By the Middle Ages, Christianity had, for the most part, replaced pagan religion. On Christmas, believers attended church, then celebrated raucously in a drunken, carnival-like atmosphere similar to today’s Mardi Gras. Each year, a beggar or student would be crowned the “lord of misrule” and eager celebrants played the part of his subjects. The poor would go to the houses of the rich and demand their best food and drink. If owners failed to comply, their visitors would most likely terrorize them with mischief. Christmas became the time of year when the upper classes could repay their real or imagined “debt” to society . 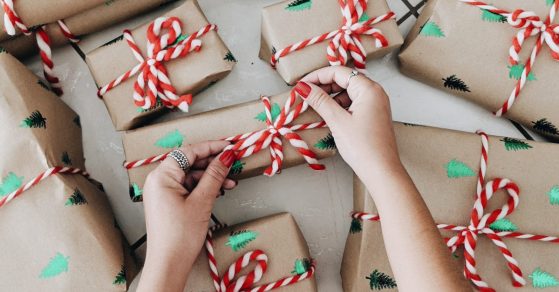 CHECK OUT THIS::  79-Year-Old Man Beat on New York Subway for Preaching Gospel