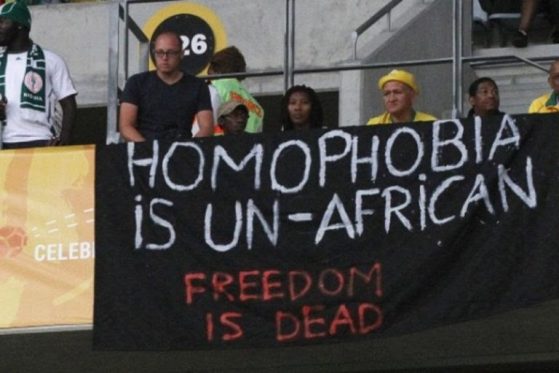 Forty-seven men in Nigeria were charged in Federal High court in Lagos for public display of affection with members of the same sex.

Homosexuality, however, in Nigeria is a crime after Nigeria’s former president Goodluck Johnathan signed the same-sex marriage prohibition act in 2014 as the crime carries a ten-year jail term in the country.

The forty-seven men charged to court were part of fifty-seven arrested during a police raid on a hotel in Egbeda district, Lagos, Nigeria in 2018.

Nigerian police said the convicted men were being initiated into a gay club when they were arrested while those accused said they were attending a birthday party.

Xeenarh Mohammed, executive director of Lagos-based Initiative for Equal Rights (TIERS) reacted to the situation saying the law has been used to harass and blackmail gay people, and there has not been any conviction.

Xeenarh said people detained have not been brought before a judge.

Owing to religion, culture and societal beliefs in many African countries, gay people endure violent assault or face the death penalty, the aftermath of jungle justice with some religious groups branding it a corrupt import from the West.

Around 93 percent of sub-Saharan Africans are either Christian (63 percent) or Muslim (30 percent), making the continent one of the most religious in the world.

These beliefs influence many facets of people’s lives, including their attitudes to LGBTQ+ communities.

Many Muslim and Christian leaders are often vocally opposed to gay sex, and studies show that African media often quote a religious official when discussing homosexuality, much more so than in countries such as the United States.

In 2014 after the same-sex marriage prohibition Act got signed in Nigeria, it banned gay relationships and entrenched intolerance of sexual minorities in Nigerian society.

CHECK OUT THIS::  [GOSPEL NEWS] Actor Dennis Quaid Talks about New Film 'I Can Only Imagine': 'It Hit Me So Profoundly'

The bill ruffled a few feathers in western governments and global human rights organizations condemned the action of then Nigeria’s President.

Beyond Nigeria, other African countries such as South-Africa, Kenya, Uganda, and Tanzania illegalized homosexuality.

Tanzania, authorities in Dar es Salaam have further launched a series of crackdowns on gay people in recent years.

Most recently, the city’s governor called on citizens to identify gay people so they could be arrested, forcing hundreds of people into hiding.

Notably of the 72 countries worldwide that criminalize homosexuality, 32 of them are in Africa, where punishments range from imprisonment to the death penalty in countries such as Mauritania and Sudan.

Zambia recently sentenced two men to 15 years in prison last week for having consensual sex in the privacy of their hotel room.

While in November, Ugandan police rounded up 125 people in a gay-friendly bar in the capital, Kampala, dozens of whom now face charges.

With many African countries opposing the Anti-homosexuality bill, few countries in the continent few ruled that laws criminalizing same-sex relations were unconstitutional and should be struck down.

The few African countries that legalized same-sex marriage marked a significant victory for gay rights campaigners in the continent as this was the case in Botswana.

Jubilant activists in the packed courtroom cheered the unanimous decision, which came a month after a setback in Kenya when a court rejected an attempt to repeal similar colonial-era laws. 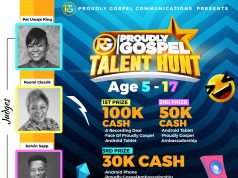