Pope Francis has called on Myanmar’s military leaders to stop the violence against anti-coup protesters as nine more people died on March 3. 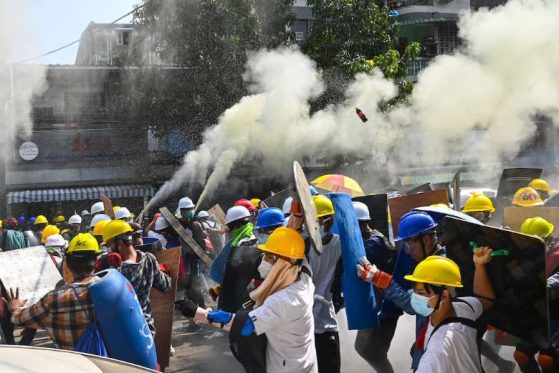 At least 30 people have been killed in the bloody crackdown against peaceful protests since the Feb. 1 coup which toppled the civilian-led government and ended a 10-year experiment with democracy. “I wish to call the attention of authorities involved so that dialogue might prevail over repression and harmony over discord,” the pope said after a general audience on March 3. He urged the international community to ensure that “the aspirations of the people of Myanmar are not suffocated by violence.” “May the young people of that loved land be allowed to hope in a future in which hate and injustice give way to encounter and reconciliation,” he noted.

Pope Francis also called on the military junta to release political prisoners and take steps toward restoring democracy. “Finally, I repeat my appeal expressed one month ago that the journey toward democracy undertaken in recent years by Myanmar might be renewed through the concrete gesture of the liberation of political leaders who are currently incarcerated,” he said. The death toll on March 3 could be higher as several people were wounded in Yangon, Mandalay and Monywa, according to media reports. It’s the third time the pope has spoken about the crisis in Myanmar, which he regards with much affection after visiting the country in 2017.

On Feb. 7, he expressed his solidarity with the people of Myanmar and called for “the command of good and harmonious and democratic coexistence.”