Christian activists are demanding “timely justice” from trial courts following the granting of bail to the youngest blasphemy convict in Pakistan. 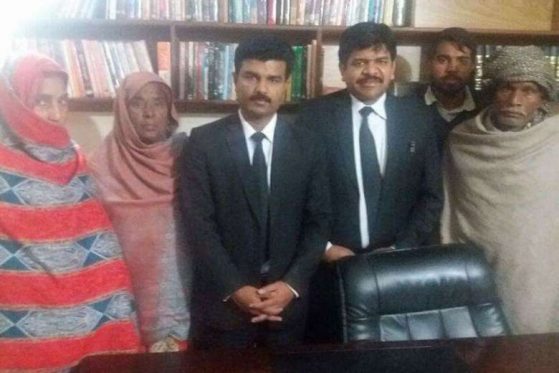 Lahore High Court on March 1 granted bail to Nabeel Masih, who was 16 years old when he was arrested in 2016 in Bhai Pheru town in Pakistan’s Punjab province on a complaint filed by his Muslim friend Akhtar Ali alleging that he had liked and shared a Facebook post which “defamed and disrespected” the Kaaba in Mecca. Ali said he spotted a derogatory photo of the Holy Kaaba, a shrine at the center of Islam’s most sacred mosque in Mecca and one of Islam’s holiest sites, when he viewed Masih’s Facebook page. In 2017, Christian lawyer Riaz Anjum convinced the court to delete Section 10 A of the Cyber Crimes Act from Masih’s case. The section deals with cyber terrorism with punishment of life imprisonment. In 2018, Masih was convicted of committing blasphemy and sentenced to 10 years in prison. At the time, he was 18 and the youngest person convicted of blasphemy in Pakistan’s history. Masih’s lawyer will now work to get his full acquittal.

“As his former lawyer, I am happy with the good news. Ali simply used religion to settle a personal dispute. I hope such verdicts will discourage the misuse of blasphemy laws and provide some relief to our discouraged community,” Anjum told UCA News. “Enraged crowds of complainants usually gather outside trial courts demanding death for the alleged blasphemer. High courts and the Supreme Court provide relief in absence of such pressure. But by that time, the victim has already spent years behind bars.” Last month Lahore High Court adjourned without hearing a much-awaited appeal from Shagufta Kausar and her husband Shafqat Emmanuel, a Christian couple facing the death penalty for the last seven years after being convicted of blasphemy. “It is very heartbreaking to learn that once again there is a case of justice delayed. Justice delayed is justice denied.

No one knows how long they will have to wait for justice and remain in torture,” said Father Abid Habib, former president of the Major Superiors Leadership Conference of Pakistan.

CHECK OUT THIS::  Matthew McConaughey dishes dirt on Christian bigotry.